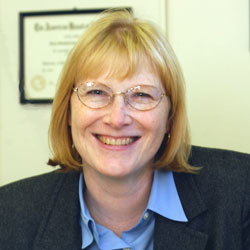 Dr. Swedo obtained her B.A. degree from Augustana College in 1977, her M.D. from Southern Illinois University in 1980 and completed her pediatrics residency at Children’s Memorial Hospital  in Chicago, Illinois. Shortly after residency, she was named the Chief of Adolescent Medicine for Northwestern University where she served until 1986, when she joined Dr. Judith Rapoport’s laboratory at the National Institute of Mental Health (NIMH) and began her studies of childhood-onset obsessive compulsive disorder and related disorders, including Tourette syndrome and Sydenham chorea.

It was there that she and Dr. Rapoport were the first to identify a post-infectious subtype of OCD, which is now known as PANDAS (pediatric autoimmune neuropsychiatric disorders associated with streptococcal infections); the focus of her life’s work. Her research has resulted in several novel treatment and prevention strategies for PANDAS, including use of immunomodulatory therapies to treat acutely ill children and antibiotic prophylaxis to forestall future neuropsychiatric symptom exacerbations. Among numerous awards and accomplishments, Dr. Swedo received the Joel Elkes International Research Award from the American College of Neuropsychopharmacology.

Dr. Swedo received tenure in the NIMH Intramural Research Program in 1992 and became Head of the NIMH Section on Behavioral Pediatrics in 1994. She served as Acting Director of the NIMH-IRP from 1995 – 1998 and NIMH Associate Director for Child and Adolescent Research from 2003 – 2007. She was the founding Director of the NIMH Division of Pediatric Translational Research and Treatment Development and served until March 2006. Finally, Dr. Swedo served as the Chief of the Pediatrics and Developmental Neuroscience Branch (PDN) in the Intramural Research Program (IRP) of the National Institute of Mental Health NIMH) until her retirement in 2019. She is now a Scientist Emeritus at the National Institute of Mental Health.

In an effort to continue to serve the clinical needs of the PANDAS/PANS community, after her retirement from the NIMH, Dr. Swedo joined the team at the Heartwood Program to lead a multidisciplinary consultation clinic.